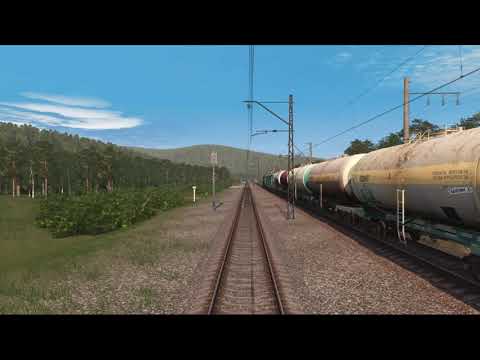 The Shao Shan 4 (SS4 improved) electric locomotive is one of the most powerful DC electric locomotives in China. Manufacturing began in the mid 1980’s and the locomotives are widely used throughout most of China’s electrified railways to this day. Prior to the Chinese AC electric era, the SS4 was the predominant power on the Datong — Qinhuangdao coal heavy haul railway. Comprised of A and B units, SS4s continue to operate between Shanxi coal mines and the Qinhuangdao coal port, sometimes in quadruple with up to 20,000t and over 200 C80 wagons in tow.This Pack Includes:- SS4 Electric Locomotive #0747 (A and B units).- Conventional C80 Coal Wagons.- Unitized C80 Wagons.


Warning: Invalid argument supplied for foreach() in /home/a0448820/domains/icegames.store/public_html/wp-content/themes/icegames/single-goods.php on line 225


Warning: Invalid argument supplied for foreach() in /home/a0448820/domains/icegames.store/public_html/wp-content/themes/icegames/single-goods.php on line 237